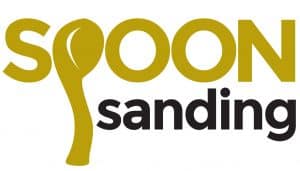 “Sometimes the ideas come so think and fast…” says Eugene Zacharewicz, a self-described wood artisan from Queanbeyan who is currently in a highly fertile “phase” of box making. “I’ll get an idea one night and come in the workshop here and put it to paper, and then I’ll build on it for the next two or three weeks and slowly get comfortable with forms and colours. Then I’ll come back to it in three or four months and if it’s pleasing to the eye I’ll start to slowly build the lid section and the plinth. I can see it developing. A lot of people have to have layouts or plans, but I can see it in my mind, even the proportions.”

Trained in the traditional arts of woodworking Eugene Zacharewicz uses a palette of native Australian timber veneers and precious materials to ‘paint’ landscapes on his one of a kind boxes. The self-described wood artisan from Queanbeyan near Australians Capital City of Canberra recreates antiques and restores fine furniture for living but it is his hobby of marquetry boxes that he truly excels.

Eugene’s boxes take months to conceive and sometimes years to make (one took five and a half years to complete). At any one time there might be twenty lids in progress in his studio and various renderings in marquetry bonded to marine ply along with an assortment of sides and frames.

There are a few reasons why he completes only ten to fifteen boxes a year. Firstly and most evidently, he is a perfectionist and has been schooled to make things correctly, in the traditional manner. At the age of 16 he started his five-year apprenticeship at Cooma Alpine Ash, a joinery shop which helped to furnish the spate of new homes built in Canberra around that time. Now 52, he is a product of the early training he received from the Dutch and German master cabinet-makers which laid the foundation for the furniture making and restoration he went on to specialize in. “Box Making”, explains Eugene, “piggybacks onto the things which I did in the past, fine furniture making and designing, European and Australian marquetry, woodturning, woodcarving, traditional upholstery and my favorite, antique restoration and reproduction.”

But Eugene’s stumbling block, he explains, is that he puts too much of himself into his work, and can’t stop at the ‘cutoff point’ of commercial acceptability. But the way he works and the reasons why he makes boxes are interconnected – it’s not primarily a moneymaking thing.

For someone with a creative passion and more ideas than he can manifest as handmade objects, there just simply isn’t enough time. And the best boxes, he says, are still on the drawing board. ‘People say to me, “Eugene, how can you survive on these boxes, pouring yourself into it… why don’t you make a cheaper version?” But it’s all about allowing ideas to develop, and that sort of process can’t take place he says, under pressure.Eugene is an artist and, currently, boxes are his canvas. Not only do the ideas take time to germinate and grow, but the never-ending search for timbers with just the right colors and grain patterns is time-consuming.

He travels at least three times a year, often into the outback, to load his palette of timber veneers. Each box is an entire landscape of carefully arranged timber veneers highlighted with precious materials. It’s all about finely inlays and marquetry motifs, which are housed and showcased within the framework of fine joinery. It has to be appealing to the eye, it has to have impact and be well balanced. Eugene has many accolades under his hat, with his famous work a commission by the Prime Minister Dept to create a box to house the Centenary Flag.One of Eugene’s most beautiful boxes, and favorite piece, is January 18th – a tribute Robert De Castello and all the people lost everything in the 2003 Canberra bushfires.

The red and black of the desert sturt pea represents the fire and ash, while the new foliage and opal on the front represents Canberra coming back to life.Eugene’s wish to fulfill his life with box making something that gives him pleasure to create beautiful jewelry and heirloom boxes…

We are very honored to have Eugene as a very treasured friend and he allowing to feature his boxes and life story on our site. Please enjoy and appreciate this great artisan’s work as we have.

I have always specialised in procuring the unusual, hard to get but always something that my customers “have been looking for for ages”.
Learn more